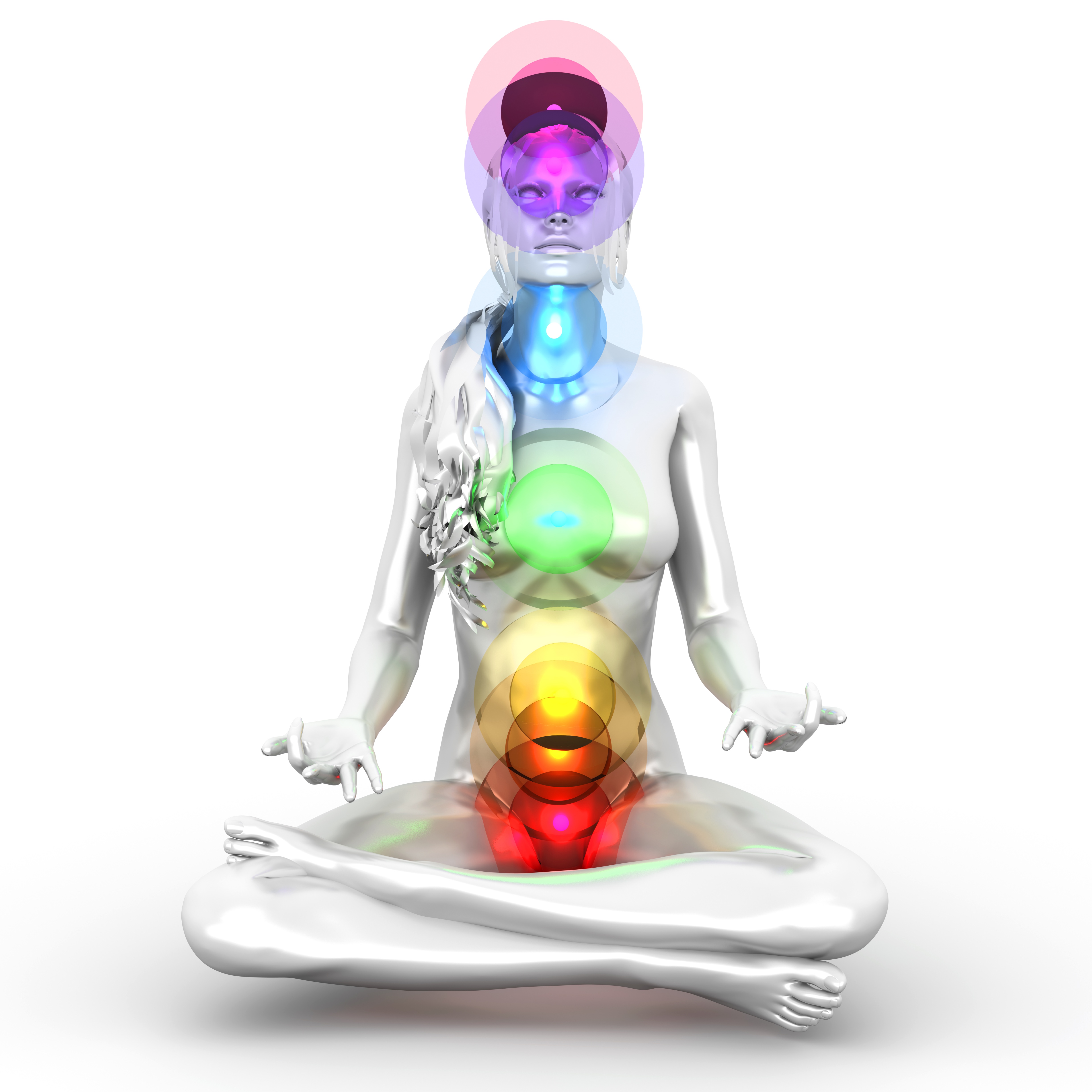 As mentioned previously, it is recognized by acupuncturists that there exist 72,000 energy points within the makeup of the human energetic body. Of course, the study of each of these energy centers and the role it plays within the human system is a study that takes many years. Fortunately, the stimulation of energetic movement within just the seven major energetic centers of the body is more than sufficient for beginning to activate the human subtle bodies. These seven major centers are, as many will likely be aware, often referred to as the Chakras, a Hindu term for the body’s energy centers, though its literal translation would be “wheel” or “lotus flower”. These seven points are the main gateways through which consciousness travels from the physical body and into the subtle bodies that exist at higher frequencies. These primary energy centers can best be understood as the major organs of the energy body, what we might term as “subtle organs.” These subtle organs connect to the physical vessel via the spine and the various major organs, glands and ganglia of the body. While many spiritual teachers today speak about the need to “open” various Chakras in order to increase the flow of energy, it is important to realize that the Chakra system of every human being is constantly vibrating and activated at some level throughout one's entire physical life. Even when perceived as dormant, the Chakras remain intimately related to the act of living. Individual energy centers within the body may be more or less resistant to the energy traveling through them, yet they still must operate on some level in order for the human system to function.

Of course, the goal of allowing each Chakra to operate at its peak energetic efficiency is one of import, and of great value to those seeking to experience incarnation within the subtle bodies. While these centers can certainly activate spontaneously, the resultant awakening of their energy may go unnoticed if it has not been consciously cultivated. By working with full awareness on tuning the energy of each Chakra, the self becomes aware of these subtle organs, much in the way one becomes more aware of lung function through the practice of meditative breathing exercises. Of course, conscious breathing is also useful in training the lungs to breathe more efficiently at other times as well. So too, as one trains the energetic centers of the body, they become conditioned to operating at a more effective level bringing many benefits beyond the direct goal of journeying beyond the limitations of the physical body.

Within this section are the individual descriptions of each of the seven major Chakras. Beside each of these descriptions the reader will also find a symbol displaying the Chakra’s color frequency and the Sanskrit word for that Chakra. Both a phonetic transliteration and a translation of the word have been provided at the top of the description. These words may help the individual in working, later, with each center. Seekers may find speaking the words, either aloud or in the mind, to be a powerful tool when working with the Chakra, as many ancient dialects contain verbal frequencies that resonate beyond the physical plane, piercing deeper into the etheric realms. In essence, these words were created because they contain auditory elements, which resonate with the vibratory frequency natural for the associated Chakra. Realize as well that, just by reading about the Chakra one begins to move awareness, and thus conscious energy, through the system. Pay attention closely enough while reading here and one may begin to notice these subtle organs beginning to respond already.

We have included this intense three hour meditation series for your benefit and spiritual growth through activating your energy centers. This works while sleeping too should you not have time by day to meditate for this duration.