Chapter XVPurushottamapraptiyogo or "The Book of Religion by attaining the Supreme"

Men call the Aswattha, - the Banyan-tree, Which hath its boughs beneath, its roots on high, The ever-holy tree. Yea! for its leaves Are green and waving hymns which whisper Truth! Who knoweth well the Aswattha, knows all. 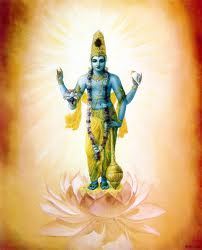 Its branches shoot to heaven and sink to earth,1 Even as the deeds of men, which take their birth From qualities: its silver sprays and blooms, And all the eager verdure of its girth,

[Footnote 1: I do not consider these verses - which are somewhat freely rendered here - "an attack on the authority of the Vedas," but a beautiful lyrical episode, a new "Parable of the fig-tree."]

Leap to quick life at touch of sun and air, As men's lives quicken to the temptings fair Of wooing sense: its hanging rootlets seek The soil beneath, helping to hold it there, As actions wrought amid this world of men Bind them by ever-tightening bonds again. If ye knew well the teaching of the Tree, What its shape saith; and whence it springs; and, then

How it must end, and all the ills of it, The axe of sharp Detachment ye would whet, And cleave the clinging snaky roots, and lay This Aswattha of sense-like low, - to set

New growths upspringing to that happier sky, Which they who reach shall have no day to die, Nor fade away, nor fall - to Him, I mean, Father and First, Who made the mystery

Of old Creation; for to Him come they From passion and from dreams who break away; Who part the bonds constraining them to flesh, And, - Him, the Highest, worshipping alway

No longer grow at mercy of what breeze Of summer pleasure stirs the sleeping trees, What blast of tempest tears them, bough and stem To the eternal world pass such as these!

Another Sun gleams there! another Moon! Another Light, - a Light which none shall lack Whose eyes once see; for those return no more They have attained My Uttermost Abode!

When, in this world of manifested life, The undying Spirit, setting forth from Me, Taketh on form, it draweth to itself From Being's storehouse, - which containeth all, Senses and intellect. The Sovereign Soul

Thus entering the flesh, or quitting it, Gathers these up, as the wind gathers scents, Blowing above the flower-banks. Ear and Eye, And Touch and Taste, and Smelling, these it takes, Yea, and a sentient mind; - linking itself To sense-things so,

The unenlightened ones Mark not that Spirit when he goes or comes, Nor when he takes his pleasure in the form, Conjoined with qualities; but those see plain Who have the eyes to see. Holy souls see which strive thereto. Enlightened, they behold that Spirit in themselves; but foolish ones, Even though they strive, discern not, having hearts Unkindled, ill- informed!

Know, too, from Me Shineth the gathered glory of the sun Which lightens all the world: from Me the moon Draws silvery beams, and fire fierce loveliness. I penetrate the clay, and lend all shapes Their living force; I glide into the plant Its root, leaf, bloom - to make the woodland green With springing sap. Becoming vital warmth, I glow in glad, respiring frames, and pass With outward and with inward breath to feed The body with all meats2

Higher still is One, The Highest, holding all whose Name is Lord, The Eternal, Sovereign, First! Who fills all worlds, Sustaining them. And - dwelling thus beyond Divided Life and Undivided - I Am called of men and Vedas, God Supreme, The Purushottama.

Who knows Me thus, With mind unclouded, knoweth all, dear Prince! And with his whole soul ever worshippeth Me.

Now is the sacred secret Mystery Declared to thee! Who comprehendeth this Hath wisdom! He is quit of works in bliss!

Here ends Chapter XV. of the Bhagavad-Gita entitled "Purushottamapraptiyogo," or "The Book of Religion by attaining the Supreme"