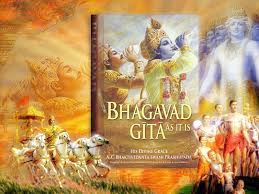 “We believe self-illumination is every human’s birthright. Its our privilege providing the tools."

During the centuries in which Buddhism was establishing itself in the east of India, the older Brahmanism in the west was undergoing the changes which resulted in the Hinduism which is now the prevailing religion of India. The main ancient sources of information with regard to these Hindu beliefs and practises are the two great epics, the "Ramayana" and the Maha Bharata. The former is a highly artificial production based on legend and ascribed to one man, Valmiki. The latter, a "huge conglomeration of stirring adventure, legend, myth, history, and superstition," is a composite production, begun probably as early as the fourth or fifth century before Christ, and completed by the end of the sixth century of our era. It represents many strata of religious belief.

The Bhagavad-Gita," of which a translation is here given, occurs as an episode in the Maha-Bharata, and is regarded as one of the gems of Hindu literature. The poem is a dialogue between Prince Arjuna, the brother of King Yudhisthira, and Vishnu, the Supreme God, incarnated as Krishna, and wearing the disguise of a charioteer. The conversation takes place in a war-chariot, stationed between the armies of the Kauravas and Pandavas, who are about to engage in battle.

To the Western reader much of the discussion seems childish and illogical; but these elements are mingled with passages of undeniable sublimity. Many of the more puzzling inconsistencies are due to interpolations by later re-writers. "It is," says Hopkins, "a medley of beliefs as to the relation of spirit and matter, and other secondary matters; it is uncertain in its tone in regard to the comparative efficacy of action and inaction, and in regard to the practical man's means of salvation; but it is at one with itself in its fundamental thesis, that all things are each a part of one Lord, that men and gods are but manifestations of the One Divine Spirit."

We offer each chapter of this text in written form to reference in the following pages. Below is the full audio translated in English for those who prefer the audio version.