LBT co-founder and Spiritualists International Magazine editor, William brings us "The Finer View" in all things spiritual, scientific, psychological, and metaphysical. His perspectives are unique, insightful, and above all, a treat for us all.
Subscribe to this blog post Unsubscribe
Print 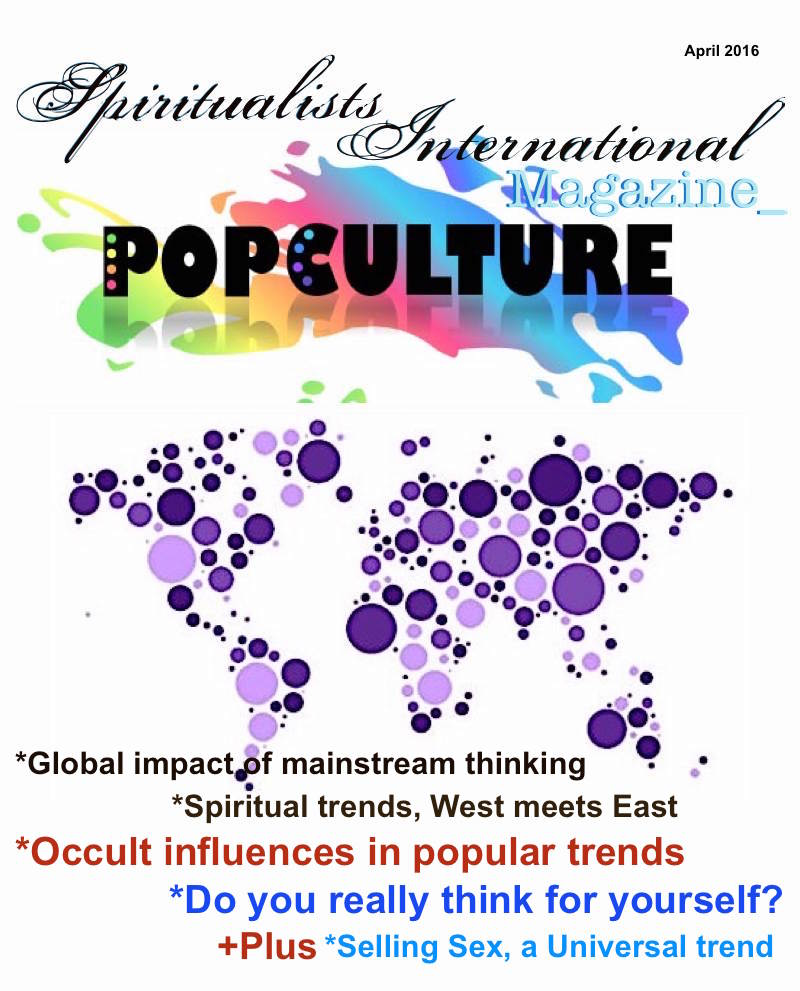 Are you aware of just how much popular culture affects your living patterns? Whether we acknowledge it or not, social trends delivered through pop culture are as present as the daily Sun. Author and SIM Editor William L. May delivers an amazingly insightful video feature today that demonstrates just how deep these social phenomena really are. There is a wealth of information in this short video that is sure to bring a new perspective to you as a modern spiritual seeker.

William brings his wisdom and charm as he casually speaks with Dr. Joseph Kenneth about everything from fashion, social psychology, the occult, modern film, music, and more! Please enjoy this special feature from Spiritualists International Magazine today, and be sure to leave your comments directly below with William.

Pop Culture -All the World's a Stage
Pop Culture-SOCIAL MEDIA AND SOCIAL MOVEMENTS: A P...

William May is a graduate of Sarah Lawrence College and the University of North Carolina at Greensboro. Formerly a college professor, William left academia in order to pursue his interests in human consciousness through the study of hypnosis and meditation. He has been certified as a Master Practitioner of Neuro-Linguistic Programming (NLP), has created certification materials on advanced clinical techniques for the accreditation of hypnotists, and has worked with patients as a hypnotist within a medical/clinical setting.

Ironically, Williams’s explorations into hypnosis actually began subsequent to his interest in astral projection. As a high school student, he read Robert Monroe’s Journey’s Out of the Body and became fascinated with the possibilities the book explored. Subsequent reading suggested the possibility that guided meditation and/or hypnosis could provide a path for cultivating the states of consciousness associated with Astral Projection, lucid dreaming, and other unique experiences of mind. In both college and graduate school he continued pursuing these interests, though they were outside his direct field of study. He eventually became interested in NLP, and in the work of Dr. Milton Erickson (whose work informed much of NLP’s core concepts).

While William was still intrigued by astral projection (and continued a personal exploration of the field), it was not until he met Joseph Kenneth and realized his early thoughts of utilizing techniques from the hypnotic field with the goal of eliciting out of body experiences. Williams’s contributions to Life is But a Dream have played and important role in the Curriculums’ development, and particularly within the areas of self-inducing trance states.

William is also a co-founder of the Light Body Travelers Society and has played a major role in it's developments over the last few years.

Wow, a lot to take in here! Thanks for the insights all. This was a pleasure to watch today. Sharing it from here:D:D

This was incredibly well done. Great topics here. Sharing it from here.