Do you LOVE Valentines Day?

Do you LOVE Valentine’s Day? 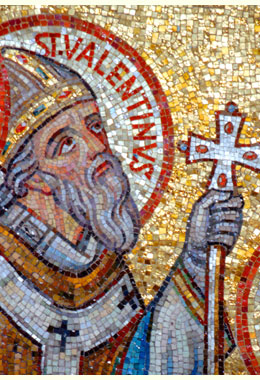 The answer might be determined by whether you are in a relationship with a loving partner who you know will bring you special treats on February 14th.

The celebration of Valentine’s Day has a long history that goes back to the Roman Celebration of Lupercalia on Feb. 15th, which happens to be my birthday. The Romans celebrated Lupercalia by drawing the name of a woman who would be given to a man for a year. This was not kosher to the Catholic’s taste. LOL! So Pope Gelasius changed the lottery to have both young men and young women draw the names of saints to honor for a year.

The St. Valentine’s Day celebration then became a day honoring Valentinus. Several martyrdom stories were invented, adding some more power to February 14. A popular account of Saint Valentine of Rome states that he was imprisoned for performing the weddings of soldiers who were forbidden to marry, and for ministering to Christians(who were persecuted by the Roman Empire). According to legend during his imprisonment, he healed the daughter of his jailer, Asterius, and before his execution he wrote her a letter, signed "Your Valentine", as a farewell.

As a minister I have performed many weddings. It becomes very interesting to see the reasons people get married. In the movie, Jerry Maguire, there is a quote which is considered to be one of the 10 most famous love movie quotes. You already know what it is: “You complete me.”

Well, it may be very romantic to say that, but there is something very flawed in this statement. As long as you need another person to complete you, there will always be a part of you that is in need of that other person to be complete. Sooner or later that other person will not be there in your life, perhaps by a break-up or death; then you will be incomplete again. When you love yourself and the God within, you can be complete.

So, why not write a love letter to yourself and the God within you this Valentine’s Day? 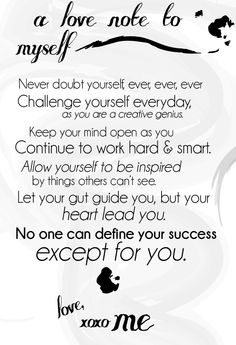 Write all the good things that are special about you down, and all the lovable parts that make you unique. Remember to love the inner child in you as well. Write the letter as if God was talking to you about why he loves you.

One of my favorite quotes on love, one I use at weddings, is from Kahlil Gibran’sThe Prophet. An excerpt from it goes “Let there be spaces in your togetherness, and let the winds of the heavens dance between you. Love one another but make not a bond of love: Let it rather be a moving sea between the shores of your souls. Feel each other's cup but drink not from one cup.”

I believe you’ll feel the gift of complete Divine Love when you take the time to write that love letter to yourself. You will also have so much more love to give to another. Whether or not you are in a relationship you can love Valentine’s Day.

-A special poem on love, life, and the journey of the soul from Cindy Paulos. Dr. Wayne Dyer reads her words beautifully, bringing us inspirations of the love that carries us through each lifetime.