LBT co-founder and Spiritualists International Magazine editor, William brings us "The Finer View" in all things spiritual, scientific, psychological, and metaphysical. His perspectives are unique, insightful, and above all, a treat for us all.

Science and Tecnology Month at SIM 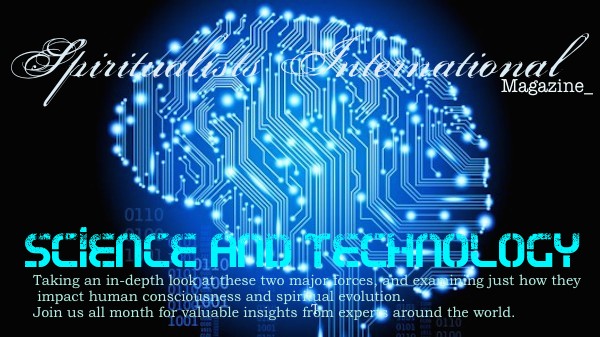 Its science and technology month at Spiritualists International Magazine and we couldn’t be more excited! We gallantly dedicate the month of March to the forces of Science and Technology to examine how they have influenced our thought patterns, and shaped our societies. The presence of these two factors are an undeniable influence on modern societies, and some would say they have developed into such powerful forces, that we would not understand our existence without them. Our authors will examine the effects of science and technology at a very deep level this month to open new perspectives and insights for you. We are very excited to plunge into these two subjects and openly discuss them with our readers through the comments section.

To kick off the conversation right now, we ask you to answer the following in the comments section below.

We thought it would be a great idea to give our readers some spiritually based ideas on how to spend Valentines Day with their partners. The experiences of love and romance are certainly treasures for us to enjoy in this life, and celebrating these from a place of spiritual awareness keeps us appreciating the deeper meanings of these gifts. Here are some of our author’s contributions for you to look over and incorporate into your own Valentines celebrations this month.

When the editorial staff here at Spiritualists International Magazine made the decision to utilize a monthly theme that would unify the articles and other offerings on this site, it was purely by coincidence that February happened to be the first month in which this new format would apply.  However, as many spiritual traditions remind us, coincidence is not the same as accident.  That February is the month during which we celebrate St. Valentine’s Day, and by extension love, particularly romantic love, seems exceedingly appropriate.  After all, love is an important aspect of most all spiritual and religious traditions, and romantic love plays a pivotal role within this broader spectrum.  Consider how much ancient mystics made of the sacred energies embodied by male and female, and of the power that is unleashed when they meet.

And yet, Valentine’s Day is often not looked upon with any seriousness in our culture.  For some it is just a day when they are obliged to give gifts, if only to stay out of trouble.  Others may feel the pain of not having a loved one in their life.  Many look upon it as purely a “Hallmark holiday”, cultivated by the greeting card industry for the sole purpose of reaping profit.  Our culture tells us many things about Valentine’s Day, but it does not seem to speak to the heart of what we are told that day is about: love.

It is an exciting time here at Spiritualist International Magazine, and we wanted to keep you, our readers, abreast of some of the developments we’ve been working on.  We also want to take this opportunity to express our appreciation for all of you out there who have been reading and enjoying the articles, videos and other features we’ve had the opportunity to share over the past several months.  The sites growth and success is due to your support, and we are so excited to have a growing and active audience who really seem to connect with our core message and values.

Starting with February, we will be exploring a new format. While you can expect the same caliber of articles and features, with contributions and columns by the writers you’ve come to know, from now on, each month will be focused on exploring a specific theme that is relevant to spiritual living in the modern era.  We are all aware of how complex an age we are living in, and in the world today, it is often the external elements of daily life which must be fully investigated in order to advance spiritually.  In the months to come, our regular authors will be joined by teachers from around the world in order to bring you diverse insights from their advanced perspectives.

Kicking off each month, we will be publishing an Editors’ column to give a brief overview of this months focus and some insights about why we selected it, as well as what you can look forwards to in upcoming articles and videos.

It remains our top mission to enlighten and awaken not only those within our Light Body Travelers community, but the entirety of humanity. We are all one, existing within a brilliant collective being, striving together to reach our own form of greatness and divinity.

A Holiday Story -Celebrating our Traditions, History, and Unity 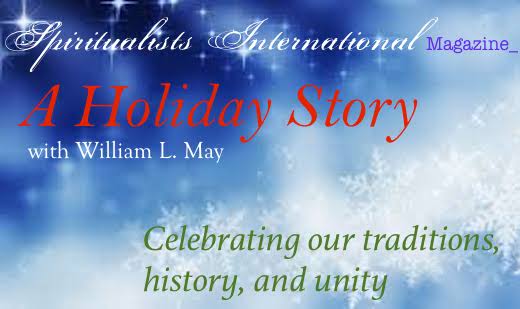 I have to admit, that when first asked to write this article, I had a certain amount of trepidation.  The intended goal, clearly, was an article that not only provided a historical perspective on the customs of Christmas, and the significance and traditions of Chanukah, but also to provide a vision of this time of year’s religious and spiritual significance to all mankind.  In some ways, I can understand this perspective.  The winter solstice, on Dec. 21, is a date that seems to have been significant even in ancient times.  A number of monolithic structures including Stonehenge were erected along an axis that aligns with the rising of the sun on the solstice.  There is, it seems, an ancient attunement to this date, and perhaps to the rhythms of the heavens that it represents.

My concerns about this task stem largely from the fact that, as a Jew, my relationship with Christmas is somewhat strained.  The obsession in American media with Christmas doesn’t resonate with me, and the few, strained attempts at inclusion within our culture can come across as pandering, or even offensive.   For instance, when I was in third grade or so, I recall a music teacher who decided we should learn “holiday” songs.  Her curriculum included a plethora of Christmas songs, but the only nod to Chanukah was “Dreidal, Dreidal, Dreidal.”  Don’t get me wrong, the dreidal song is cute, and I would have nothing against it as an example of one song about Chanukah, but as the only song, it leaves a lot to be desired, especially since there are many other Chanukah songs, some of which are quite beautiful.  The teacher argued that “Dreidal, Dreidal, Dreidal” was the only one that she knew.  This isn’t a major incident in my life, but it’s not the only time I have felt as if Chanukah was looked down upon in our culture.