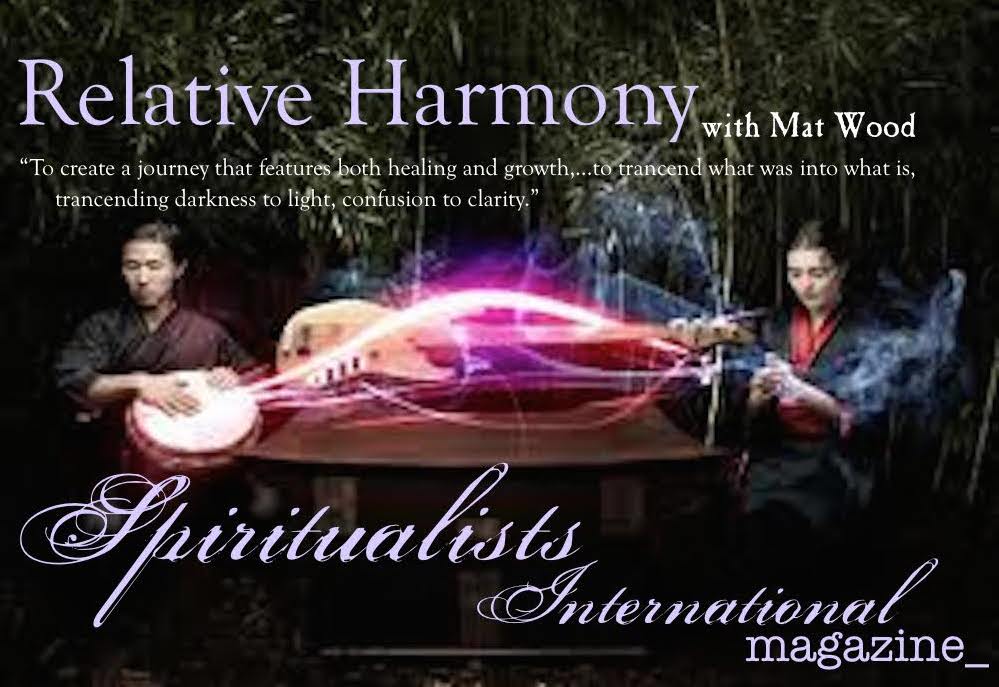 
Harmony is a principle that has been used for eons. Whether we’re looking in terms of music or a journey toward world peace, harmonious balance is a recurring constant that highlights ways of progressive ascension in the most relevant manners possible.

As is with everything in reality, harmony is relative to the observer. Just as we create our own realities based upon what is relevant to us at the time of doing so, various harmonious compositions will be more attractive at some times than others.

In a piece of music for instance, the main notes and scales it is written in will be used in conjunction with other complimentary notes and scales that are usually found within the same key. These are used in order to maximize the relative harmony within the piece of music. Similarly, following a meal with hot tea creates harmonious balance as the beverage compliments the meal by aiding the digestive process in breaking down the fats.

Some people may prefer water with a meal, and while there is no specific righter wrong answer, the contrast of a cooler beverage with warm food solidifies the fats in turn slowing down digestion. This causes the body to work a little harder by means of digestive processing; in effect ‘bringing more to the table’.

With both examples, we see that favorability is relative to individual perspective. Some aspects are seen to be more preferable in that it could be preferred for the digestive process to be swiftly aided, creating a greater harmony; just as more harmonious compositions in music are recognized for their healing properties.Whilst another perspective could favor the method of more work as is facilitated by a colder beverage for the enduring of a greater process.

It is a fair statement to say that life is a journey filled with intervals that compose our journey. Cycles that in themselves can be recognized micro and macroscopically. Recognized from the inner perspective as smaller journey’s that constitutes the whole journey, just as we could apply this obversely in that larger cycles contain the smaller cycles.

When we set out on a journey, be it spiritual or physical, there will usually be a perceivable start and end point. Whether its a journey into higher dimensions or to the local shop the principles apply equally.

If this journey is generally harmonious in nature, the transition from A to B will be smooth and consistent in consonance - harmony; with less contrast than a journey involving dissonance - discord - disharmony.We could recognize a journey from A to B that is centered around harmony whilst involving dissonance as creating an experience of greater contrast, thus promoting a greater realization of the transition between one point and another. 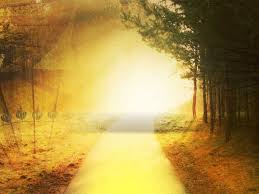 To move from one point to another in harmonious balance is a beautiful experience, one may grow in a multitude of ways whilst arriving at a new destination safely, securely, and with a whole new perspective to view from. This can be considered an experience of divine growth.

Though the transition from one point to the other may not be quite as obvious as a journey that resonates with the relevant discords and transcends them along the way, creating greater contrast, realization and illustration of the learning process.
This can be considered an experience of divine healing. And while both journeys may arrive at the same destination, from one perspective it feels somewhat more beneficial to include healing within the journey as well as growth.

To create a journey that features both healing and growth;  dissonance and consonance, disharmonious and harmonious values, is to transcend what was into what is.Transcending darkness into light, confusion into clarity.

In this way we see that a journey of this nature is somewhat more subjective than the more objective counterpart of purer harmony as it ascends a greater portion of ourselves through healing the discord as well as growth and as such the experience could be seen as ‘bringing more to the table’.

Merging this insight then with the example of music.If a song is written in a certain key featuring elements of dissonance, ascending key during the middle of the song and transmuting discord along the way, expanding the journey into new horizons of harmony, returning to the original key for the final part of the song, we could see this as a journey including both expansive harmonious growth and healing as it resolves dissonance by transcending it into higher states for purification through alignment.

Such a process creating stronger more full bodied harmonies that when returning back to the original state - key, reveal an overall broader, clearer and more holistic perspective of the journey due to a combination of the expansive magnitude and realization brought about by the contrasting process of transcending disharmony into harmony.

Binaural music is recognized in this way for it’s ability to allow the user to create a third frequency through the fluctuations experienced between listening to two slightly different frequencies. Slightly different frequencies are played through each ear allowing the user to define their own perception of the fluctuation, creating a third harmony through which the experience is derived.

Expanding this a little further, in this short video it is demonstrated nicely how we can quite simply transmute dissonance by aligning it with a discord and then ascending it up the musical scale by transcending the discord into a perfect fifth using a Pythagorean tone generator.

It is often said that ‘The devil is in the detail’.This could be seen to imply that simplistic, more evenly balanced traditional harmonies are closer to ‘god’.Whilst this implication feels like it favors the positive aspect of a dualistic polarity, we can see that harmonies involving the transcendence of dissonance into consonance as being more holistic in that they include both ends of the spectrum.

This shines a little light on how they can be seen as having a greater presence of the ‘devil’, through involving the resolution of disharmony as opposed to containing no disharmony. Seeing the ‘devil’ as the denser aspects of consciousness, enveloping our pain - dissonance, disharmony, and ‘god’ as the lighter aspects of consciousness, enveloping our purity - consonance, harmony, we can see that the statement of 'The devil is in the detail', and similar statements such as ‘The devil is in the music’ to be quite accurate in the seemingly abstract manner if which they are portrayed.

And while a little simpler than the following, these quotes also link in with ones such as ‘The sin of creation’ - illustrating that to simply be, in the sense of being completely present, is to do ‘god’s’ work, in that it is the work of the universe,  as we know the nature of the universe is to simply BE.To partake in creation, in the sense that it involves association with the ego to promote universal expansion, goes beyond simply BEING and can be seen as the ‘sin of creation’ mentioned above.

Of course when we look beneath face value, we see this sin is no more a reference to evil or wrong doing than the yang, which counteracts the Yin, the two polar opposites of the whole. And in this manner we can further recognize that creation is what we do moment by moment in that we create our own realities, which of course depends on the sense of self; the ego, the devil, the sin, in order to do so.

So we see further how perception itself is creation, and how the creation of individualized perspective which we utilize in our everyday lives can be seen as ‘sin’ in comparison to the purer holistic universal essence of being through which all existence is comprised, the source from which everything forms. 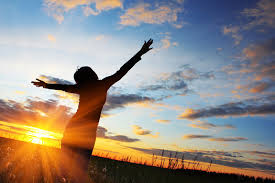 And of course these are all pointers intended to lead us toward the awakening of our own divinity within; so that we might recognize our own god presence and ‘return’ into what we were never really without, within this lifetime, should we summon the courage to see through the veil of misperception.Transcending the dissonance, the disharmonies; the quite simply put stresses and angst experienced in everyday life, back into their purest form. Continually expanding universal perspective through creating further harmonious balance.

Mystic Traveler -A Tribute to Paul Horn
Healing in the Present