So, Pop culture. As an ‘alternative’ kind of kid I never took too much interest within it. In truth, I always thought of it as a mirror of what not to become, lol… But the older I get, the more it fascinates me, especially in terms of its value throughout the course of human evolution as a tool for education and personal development.

The umbrella of pop culture is essentially an overview of modern day popular phenomena, and we can look at this as a reflection of global opportunity, showing us where our ideas could be relevant in order to be beneficial in our actions.  It shows us how significant a particular thing is within a certain area of society, and gives us a guide towards asserting ourselves in a particular situation such as making lifestyle choices.

In the same way the presence and body language of a person indicate how to successfully communicate and form an understanding with them, so too does the collective presence of the planet i.e. pop culture.

To most people of a spiritual nature, the term ‘as within so without’ isn’t uncommon, and the concept that our intention determines our experience of an environment, and the environment influences our intention, is no secret either.

I recently discovered this process being termed as Ontological design, in which the speaker explains it as a process of exploring how the environments we design, be they physical landscapes or mental spaces, in turn design us back. A solid definition of ‘Pay it forward’.

Future philosopher and creator of ‘Shots of Awe’ Jason Silva, asks in his video ‘Are we the designers or the designed?’ which in essence is the same conversation as Nature v Nurture; the balance between conscious and subconscious influences within a creative process. When we combine this ability to consciously design ourselves/environments with the plethora of options via pop culture, things get interesting.

Check out the video here: 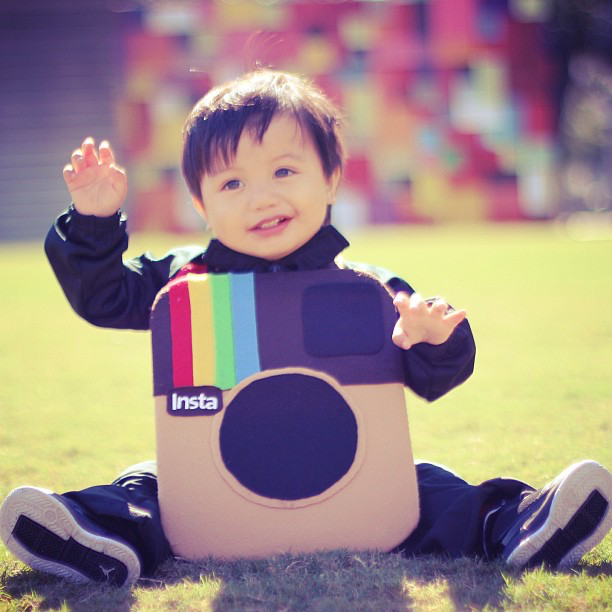 An example of using technology within pop culture to design our reality could be ’the Instagram generation’; a term coined to the generation of individuals who tipped the majority for using social media as a tool for expressing and reflecting throughout daily life. When used consciously, social networks can form an image of the events, thoughts and ideas valued in our life, that when reflected upon give us a clearer vision of where we want our lives to be.

This in essence becomes a catalyst for fast tracking our preferred state of being through hyper focusing our attention towards a specific outcome, and consistently gaining feedback for our efforts in a particular area. With our ability to share this information globally through modern day technology, the age old ‘Be the change you want to see’ has never been so rapidly effective.

With this kind of feedback system taking care of the ego’s desire of the perfect life, here in lies the opportunity of so much freedom as we’re periodically freed from our personal situations. Allowing the thinking mind to rest, and giving us a greater sense of presence as our mind spaces open to bigger areas. Usually, when thinking of an example of technology that allows us to devote more time for spiritual development, we might suggest a meditation mat. Too often we overlook the wonders of everyday.

So as we look at Western pop culture in modern day, we can see in many areas that being a good person, being interested in self-education, and things that are generally beneficial to the planet and us, are quickly becoming popular. Examples such as: video’s of people helping the needy, conscious dietary popularities, thought provoking meme’s and GIF’s posted around our social networking feeds, raised environmental awareness and political change, show that we’re saturated daily with an abundance of information.

As the transition continues, and we move further into the age of information, our spiritual progression can once again become parallel with our technological advancements, putting us at a greater position than ever before to take advantage of more readily available opportunities to manifest the reality we want for ourselves and world we live in. 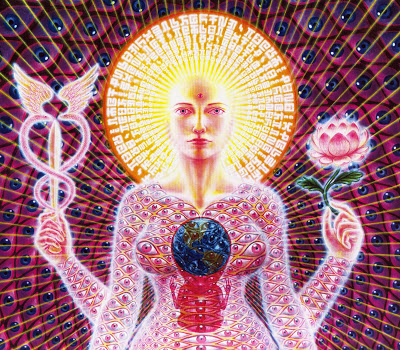 One of the things that excites me most about pop culture today, is its ability to quickly normalize taboo subjects, especially at the exponentials speeds we’re experiencing as it utilizes the uncensored nature of the internet. The divisions where by things were once accepted in one culture, and not in another, are beginning to crumble away, revealing the collective global culture that we mutually contribute towards each day through our choices, particularly the online ones…

Things such as occultism, Ufology, veganism, the use of psychedelics for exploring spaces of consciousness, meditation, Yoga, Gnosticism, radical aestheticism, and all the other things once termed weird, are now wonderful things that illuminate the world with a brighter perspective. They are emerging with more popularity and force as Western philosophies continue to merge with Eastern wisdoms, and uproot the gems from our various walks of life.
Something that comes up often in conversation about the popularity of Eastern practices such as Buddhism, Taoism, and the effect they have on Western spiritual development, is somewhat cynical in that many of us quickly deem it a trend or a phase that won’t be integrated to its full potential. While on many levels this may be so, it feels almost contradictory to the learning process to make such a statement with any negative connotations.

In the same way we are born without knowledge of worldly practices, and adopt certain ones based on the impact they have on our lives; we learn all new skills in this way. The greatest of minds among us may have travelled the most obscure path to arrive at their chosen position of interest, though the journey itself doesn’t necessarily determine the nature of the interest.

So if the reason by which an interest is founded is not the core of the interest itself, and can be refined through natural progression, then the spiritual stimulation radiating throughout pop culture today can only be of benefit in the process of integrating the understandings between East and West.

To be quite to the point, if a week long yoga course and a few far out experiences are all that’s needed to turn the average member of todays youth onto the spiritual nature of things, then who’s to say it’s a bad idea?

To round this one off, I’d like to bring to mind some of the e-petition sites floating around the public domain such as Change.org and Care2, who are somewhat facing difficulties in that some governments are working towards prohibiting the public use of online petitioning to create change, which I’m sure we’ll create a petition about (lol?). Now at first this might not seem like the most positive of examples, but I ask you to consider the increasing effect of e-petition sites when we combine a platform for creating positive change with something like pop culture.

To me, the beneficial effects of spirituality within pop culture will continue to reveal themselves in our day-to-day lives whilst socially engineering us towards a more compassionate form of global union. In the words of the late great Alan Watt’s – “When the boat of life starts rocking, rock with it by the best means available”.

Inner Peace
Pop Culture -All the World's a Stage

This was a good overview of pop culture. I think a lot of this needed to be said. Im kinda considered an "alternative" kid too, whatever that means these days, but look at pop culture with more interest as i understand the world around me as a...

This was a good overview of pop culture. I think a lot of this needed to be said. Im kinda considered an "alternative" kid too, whatever that means these days, but look at pop culture with more interest as i understand the world around me as a global citizen now.
I want to quote this because its perfect!
"Something that comes up often in conversation about the popularity of Eastern practices such as Buddhism, Taoism, and the effect they have on Western spiritual development, is somewhat cynical in that many of us quickly deem it a trend or a phase that won’t be integrated to its full potential. While on many levels this may be so, it feels almost contradictory to the learning process to make such a statement with any negative connotations."

Great read. I really like the concept, or reality, that we are creating and being created by our own ideas and technologies. Very cool video too!