With a passion for life and the beauty of the Universal truths within religion, Stephen shares his faith and experiences openly and honestly. A leader in his parish and community, a dedicated father and husband, and an all around interesting man to be around, Stephen expresses the beauty of living as a modern-day Catholic through example.
Subscribe to this blog post Unsubscribe
Print 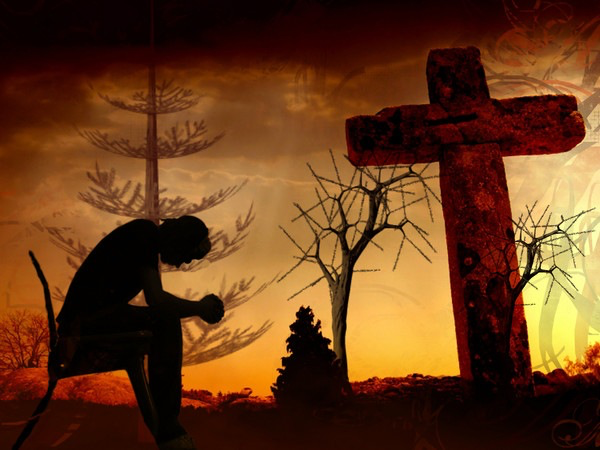 Forgive us our trespasses as we forgive those who trespass against us. These words are recited daily by Christians around the world but are rarely focused on beyond a recitation of a learned prayer from childhood. When broken down and thought about, the words take on a much deeper personal meaning.

The simplest, but also the most difficult, way for Catholics to be forgiven of our sins is through the Sacrament of Reconciliation – more commonly known as “Confession”. In this sacrament(a visible ceremony as the means by which certain graces are to be conferred on men) the confessor speaks with a parish priest and recites their sins since the last time they confessed. This encounter is usually in a small room in the back of a church and can be face to face or behind a curtain so the priest can’t see you. During this sacrament the confessor recites their sins, recites a sincere prayer called an Act of Contritionand then the priest absolves the confessor from their sins. Usually the priest also requests that the confessor perform some form of penance to cleanse their soul of their sins. The penance is relevant to the sins and usually encompasses doing good deeds or reciting some more prayers outside of the confessional room.

Most religions around the world have forms of confession but Catholics are the only ones who require that the confession take place with a priest in order to fully be forgiven and freed from the chains of sins. The reasoning for this is twofold. The first reason is that, though only God actually forgives sins, He gave divine authority for men to exercise this forgiveness in His name as heard in the Gospel of John, Chapter 20, verses 21-23, in which Jesus said “If you forgive anyone’s sins, their sins are forgiven; if you do not forgive them, they are not forgiven.” Secondly, the act of speaking your sins out loud to someone is humbling, which is the first step to purification. 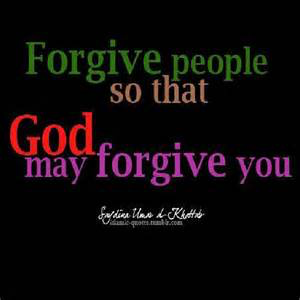 Oftentimes people feel that they have done something so bad that there is absolutely no forgiveness. In the Catholic Church, that is absolutely false. Literally, anything can be forgiven if the confessor is sincere in his sorrow and repentance. Catholics do not claim to know God’s thoughts but we all believe that God is forgiving, despite our continuing struggles with sin. Catholics believe that only God can truly know what is in our hearts, minds and souls but we also believe that any sin can be forgiven if we are truly sorry and truly trying to not sin again. We also believe that we will sin again, despite our best efforts, because of our human nature and that God will continue to forgive us if we continue asking for forgiveness. The forgiveness and love from God to us, is just like the forgiveness of a parent to a child and is infinite.

Personally, the relief I feel after a good confession can’t be put into words but I’ll try. Think of it as a shower for your soul. Immediately after I leave the room I feel clean, internally. I feel like I can do no wrong and that everything is awesome. Obviously, with the stress and struggles of life, that feeling doesn’t last forever, just as a shower fresh feeling doesn’t last forever either. Eventually you need to take another shower to wash away the dirt on your skin and eventually you need to go to the Sacrament of Reconciliation again to wash away the dirt of sin.

The Sacrament of Reconciliation is not recommended or required daily, weekly or monthly but the CCC does give suggestions as to when a confession is required and how often a good Catholic should receive the Sacrament. The biggest thing to remember is that the longer you go without receiving the Sacrament, the more dirt builds up on your soul and the dirtier your personal attitude will be to those around you. There are things a Catholic can do between times of receiving the Sacrament that will keep their soul clean. The simplest is to attend weekly Mass (Sunday church for Catholics) and receiving the “wafer”, which Catholics believe is the actual body and blood of Jesus Christ. Receiving Jesus weekly removes a person’s minor sins and cleans them internally just as the Sacrament of Reconciliation does. It’s still a good idea for a Catholic to go to Confession once a year to humble and purify themselves even if attending weekly Mass.

3. We invite you to look deeper, and peruse what the L*B*T offers its Advanced and Unlimited Members by clicking the “Join Us” tab, or right here..

As a modern day Catholic, Stephen Jay Boettcher is a Eucharistic Minister at St. James Catholic Church where his son also attended school. He’s also a member of the Knights of Columbus Council 2883at St. James, and a sits on the Board of Education at Plainfield Public Schools.His son is currently a junior at St. Bernard High Schoolin Uncasville, CT., which is a member of the Diocese of Norwichand the Xavarian Brothers.

With a passion for life and the beauty of the Universal truths within religion, Stephen shares his faith and experiences openly and honestly. A leader in his parish and community, a dedicated father and husband, and an all around interesting man to be around, Stephen expresses the beauty of living as a modern-day Catholic through example.

For more information or further research about the Catholic Church, visit: http://www.usccb.org/beliefs-and-teachings/what-we-believe/catechism/catechism-of-the-catholic-church/epub/index.cfm#

This waa absolutely fantastic! I was raised Catholic and it reminded me of just how special the faith is. Very well written