I left the theater here in Viña Del Mar last week filled with much spiritual inspiration having just watched the film Interstellar. It’s a rare occasion for me to go out to a Hollywood blockbuster, but I was invited, and my interests were a bit sparked due to some previous knowledge of the plot.

The general premise of the film is that of finding a new home for humanity, as Earth becomes uninhabitable. Granted, this story line is nothing new for Hollywood, but this film took a magnificent philosophical, and even spiritual turn that I did not anticipate.

And so, if I may take a plunge into pop culture with you this week, lets explore the deeper significance of this film, and how it actually serves humanity in its irreversible conscious evolution.

Prior to writing this article, I couldn’t help but do a bit of research on the Nolan, and was not surprised to find the following.

“His films are rooted in philosophical and sociological concepts and ideas, exploring human morality, the construction of time, and the malleable nature of memory and personal identity. Experimentation with metafictive elements, temporal shifts, elliptical cutting, solipsistic perspectives, nonlinear storytelling and the analogous relationship between the visual language and narrative elements, permeate his entire body of work.”

This came as no suspire, having seen Interstellar, and realizing that a much deeper message was being injected into our awareness, and that this was no ordinary 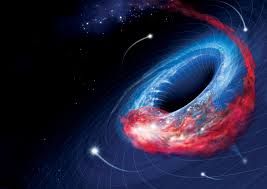 blockbuster film. And let us not forget that Nolan was also the mind behind the breakthrough film Inception, which too, aided to inject the magnificent potentials of lucid dreaming and astral projection into the minds of the masses. I would wager that Nolan’s has at least some, if not much experience in out of body travel, although I could not uncover this through my basic research. In spite of this unconfirmed feeling, I will say that the spiritual common threads that tie most of his films together are certainly no common coincidence.

I must assume that not everyone reading this has seen Interstellar, so allow me to relay a quick overview. The main characters need to travel through open space, and travel inside a wormhole to emerge and explore potential new inhabitable planets for the suffering masses back on Earth. That’s really it, but there’s so much more happening beneath the story that can truly fuel our spiritual inspirations.

As the characters explore open space, they discuss and discover many concepts related to the 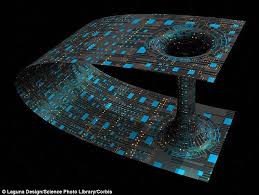 manipulation of time and space through wormholes as well as the anomalies of black holes. The script quotes a bit of the theory of relativity and goes somewhat further to discuss the inner workings of five dimensional realities. As an astral traveler myself, this always fascinates me to observe others discuss and hypothesize, as I have been busy in astral worlds for as long as two entire days, to come back to my body and find its only been ten or fifteen minutes in third dimensional time.

As the movie reaches the last hour or so, the main character is required to venture into a black hole due to the desperate circumstances of the mission, and here’s where Nolan gets dead on with some very ancient spiritual understandings related to non linear reality.

As the main character bridges the event horizon of the black hole, the warping of time and space begins, and the shifting form a third dimensional plane, to that of five dimensions, manifests around him. This scene was really well done by the way, and I will say that this is the closest replication I’ve seen of entering these magnificent vacuums of open space.

As stability is gained from this higher dimensional frequency within the timeless void of this black hole, the main character begins to observe, and then discover his ability to manipulate the vibratory patterns of lower dimensions through the use of gravity. In discovering this, he begins to communicate with his daughter, existing 28 years previously, in the library of his home back on Earth.  He begins transmitting Morris code messages through the manipulation of gravitational frequencies, as a gentle dust storm moves about the libraries position on earth. As the soft dust falls into position on the floor after being manipulated by the gravitational fields in the air just

above the floor, it reveals the coordinates of a location on Earth, which the main character himself, in this 28-year previous/present moment, decodes. These coordinates then lead him to begin his journey into space from where he transmits to himself the message 28 years later from within the black hole. Does that make any sense? 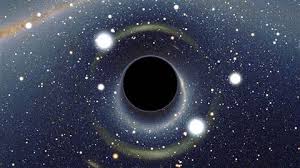 Indeed strange, but what this begins to indicate to the masses, no matter how fictional to some it begins, is that time, when experienced beyond the third dimension, is certainly an illusion, and that the linear reality we subscribe to by day, is quite simply not the entire picture of reality.

These small, yet pivotal interjections from our pop culture films encourage us to begin thinking about the possibilities of an existence, which has no bounds of time and space.

The source of my deep inspirations from this film came from the very fact that more and more Hollywood productions are dealing with these types of philosophical and spiritual subjects. Indeed it begins as sheer entertainment, but there are those who choose each day to take the steps to experience what exists beyond the third dimension, and ultimately evolve the collective human body one experience at a time.

Of course, it is for this very reason that I have not only dedicated to teaching astral travel to the masses, but also assisted in co-founding the Light Body Travelers Society, so that as many people as possible can take steps to leave this earth safely, regularly, and most importantly, before their physical death. It has become rather clear that the actual vehicle for humanities intergalactic explorations requires no physical medium at all. If you’re an astral traveler yourself, you too have come to realize that we are most capable of traveling quite literally at the speed of thought throughout the entire known universe. At this time in history, it’s no secret that our extraterrestrial counterparts have not been traveling thousands of light-years via third dimensional vessels, burning fossil fuels to physically cross these tremendous distances.

It is also no secret that the genuine advancement in human consciousness has always been accessible through progressive, nonphysical practices such as astral projection. In spite of every analytical attempt we make to master the Universe through the confines of our third dimensional technology, these ancient certitudes cannot be tainted.

To remain clear in this subject matter, I state the previous words with the absolute highest respects to the brilliant minds that slave away at accomplishing great mathematical and scientific achievements on our behalf, as these discoveries too, bring humanity closer to an advanced perspective of Universal truth. In fact these magnificent scientific discoveries point closer and closer to what the ancients were etching through images like the Kabbalistic tree of life. More importantly, these cutting edge scientific discoveries reveal to us that our third dimensional existence is simply where our human body naturally resides, but not where our conscious awareness indeed exists. (I refer here specifically to the field of quantum mechanics, the findings of Simon Berkovitch and Hermes Romijn)

To keep all readers on the same page here, recall that it was primarily the discovery of the wave particle, which helped re-introduced humanity to the actuality of the Akashic realms. The realms of un-manifested potentials, where wave particles exist unclasped. Only through a thought or observation, 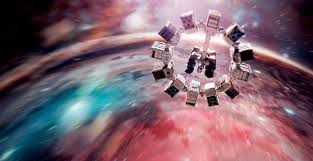 they then become actual occurrences to then be observed within our third dimension. At the basic level, this reveals to us that our abilities of thought and observation are in many ways, the miracle of creation itself. But at the deeper level, many will realize that we can begin to actually merge our awareness, and entire astral body, into this Akashic realm to interact with these waveforms while out of our body. And this is big, because once you’ve been here, within this higher dimensional frequency, you take on the responsibility of an advanced piece of creation that must recognize and respect your actual power of manifestation.

So coming back to the significance of this beautiful film titled Interstellar, I personally congratulate Nolan for his brilliant works, and his inspirational delivery to the collective consciousness of humanity. It’s a significant phase in our conscious evolution, and it thrills me to whiteness these events from here back in my own body. I look forward to a “time” very soon where we can communicate clearly and regularly from the outer regions of the Universe in our astral form, as the truly advance beings we were meant to be.

A Holiday Story -Celebrating our Traditions, Histo...
The Magic of Yoga

He’s the North American Metaphysician, Musician, and Author who lives in Chile. Dr. Joseph Kenneth Boettcher, Alumni of the University of Metaphysics, has worked diligently for years teaching astral projection students and inspired spiritualists around the globe. At the group and individual level, he shares with those truly committed to higher learning within the spiritual paths of enlightenment. His focus remains on teaching the student to leave the body first, that they might receive their personal and unique experience of spiritual education. He seeks, at heart, to impart the understanding that within the astral state there is no mediator between the seeker and the experience of spiritual education.

Because of his international teachings, Joseph has gained experience in working with peoples of distinct cultural backgrounds, religious backgrounds, daily habits, sleeping patterns, and spiritual goals. It was through this extended experience in guiding others onto out of body states, that the program developed in his book Life is But a Dream, was birthed. Over the course of almost three years, working intensely with astral projection students around the world, while at the same time involved in profound spiritual studies, the books curriculum was meticulously constructed.

Joseph’s experiences have guided and inspired him to present this method of self-illumination to a wider audience. Joseph’s initial out of body experiences intensely unlocked his Kundalini energies and completely transformed his physical life. His astral travels have carried him to realms of unimaginable encounters with ancient mystics, as well as planes of profound cosmic unity. The intensity of each astral experience has been drastically life altering for him.

As a member of The International Order of the Gnostic Templars, Joseph is passionate and active in sharing the ancient mysteries of Gnosis and Goddess traditions. He continues to teach the forgotten mysteries at the individual level, as well as through intimate gatherings. His deeply felt philosophy that personal truth can only develop through person experience and that by learning to astral project, this experience may commence, and self-illumination may begin, continues to inspire and elevate consciousness within his circles.

Joseph is also affiliated with the Worldwide Metaphysical Ministry and serves as a Metaphysician.

I saw this movie and was kind of thinking the same thing deep down. What are we really learning from movies like this. I think its so cool how we do inject the real messages into our pop culture. Very awesome Joseph Kenneth!!